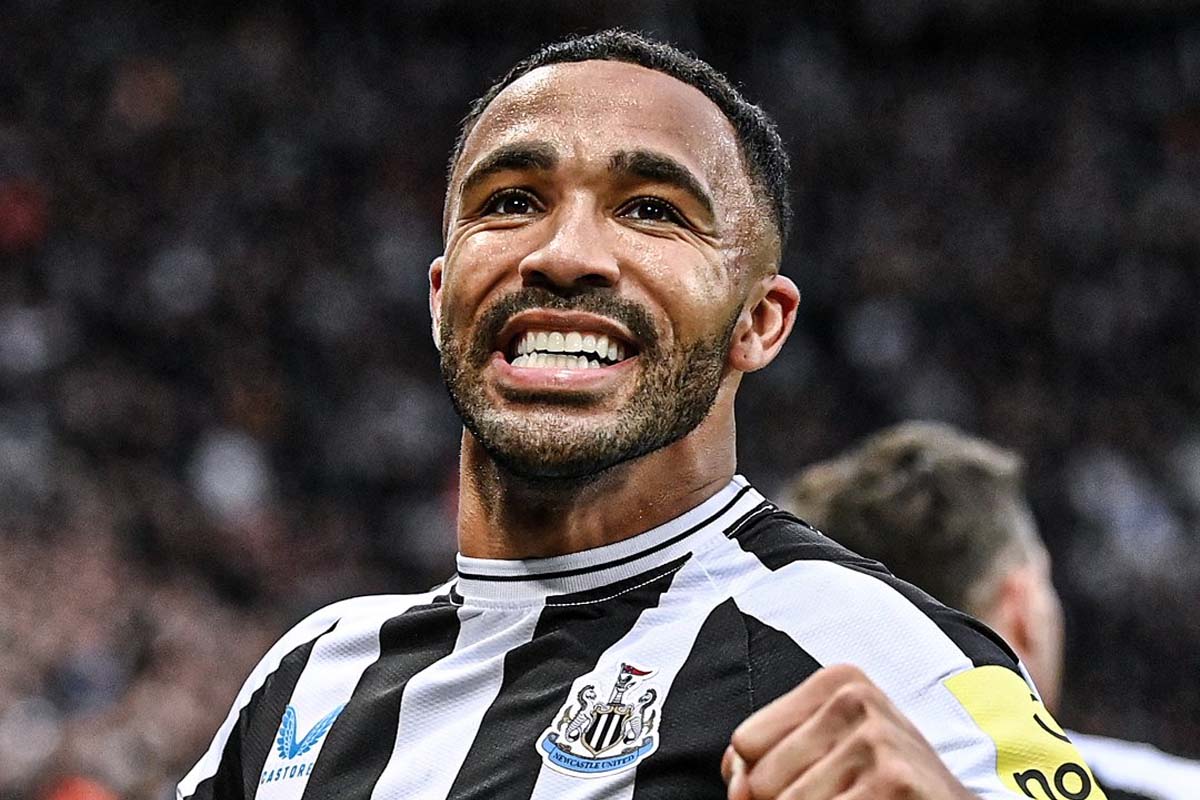 Newcastle United striker Callum Wilson has set his sights on forcing his way into Gareth Southgate’s England squad for the World Cup in Qatar. Wilson scored a brace in Newcastle’s 4-0 demolition of Aston Villa in front of the watching Southgate, but insists he remains focused on performing for the Magpies. “I’ve been asked numerous times about the World Cup and of course I’d love to go. Even so, it was time to do my talking on the football pitch and when you cross that white line you focus on Newcastle. If that’s good enough then so be it. All I can do is try to perform for Newcastle and see where that gets me,” said Wilson.

Brighton boss Roberto De Zerbi was a happy man after the 4-1 defeat of Chelsea. The result ended a run of five games without a win since Graham Potter’s departure as manager and De Zerbi credited the Brighton fans for inspiring his players to the win. “The atmosphere was fantastic,” said the Italian. “Our fans were the best player on the pitch and it is very nice to work in Brighton. I am proud of this. We must continue to play this level of football and have to think only of the level of performance.”

Leeds United climbed out of the bottom three with a shock win at Liverpool and relieved the ever-increasing pressure on boss Jesse Marsch. It ended a run of four successive defeats and was also the first time Liverpool have lost at Anfield since March 2021, while Jurgen Klopp’s team have now lost to the Premier League’s bottom two in back-to-back games. Marsch said before the game his players have not got the rewards their performances deserved this season, and Leeds fans will be encouraged by the manner of this display. The victory – just the third in 12 league matches and the first since August – will be a boost for Leeds with tough fixtures against Tottenham Hotspur and Manchester City coming up.

Graham Potter’s return to former club Brighton turned into a horror show after his Chelsea side suffered a 4-1 mauling at the hands of the Seagulls. Potter, who led Brighton to their highest ever top-flight finish of ninth last season before leaving for Stamford Bridge, received a hostile reception from the start at the Amex Stadium. Asked about the home supporters’ animosity, Potter said: “Everyone is entitled to their opinion, but I think I did a good job at the club and left it in a good place. However, once the crowd were engaged it became difficult for us and the scoreline is a painful one.”

Liverpool’s season is slowly turning into one to forget as they suffered a disastrous 1-0 defeat to Leeds United at Anfield. The Reds’ are eight points adrift of Newcastle United in fourth place, although they have a game in hand, but furious fans took to social media to vent their anger at owners Fenway Sports Group for a lack of investment in the squad. Some even suggested that manager Jurgen Klopp should resign after seven years in the job. FSG purchased Liverpool in 2010 and have since enjoyed plenty of success in winning the Premier League, Champions League, UEFA Super Cup, FA Cup, League Cup, Community Shield and Club World Cup.

defender Ben Mee in the 1-1 draw at Brentford. The former Chelsea man has been brought in to give the struggling Midlanders more threat in front of goal, but is now set to miss the next three games with a likely return against Everton on Boxing Day following the World Cup. His clash with Mee on the edge of Brentford’s area late on was referred to VAR, with referee Bobby Madley having no hesitation in sending him off after consulting the pitchside monitor.

Nottingham Forest were brought back down to earth after the euphoria of last week’s shock defeat to Liverpool as they were thrashed 5-0 at league leaders Arsenal. Boss Steve Cooper lamented the lack of competitive edge shown by his bottom-of-the-table outfit, saying there needs to be some “grown-up conversations” about the display. “We don’t just have to take this on the chin because we have to deal with it as we were well short in terms of competing,” said Cooper. “With the situation we are in the bare minimum is to stand up and be counted. In the second half we were nowhere near competitive enough and if you do that, especially at this level, you will get hurt. We need to have some grown-up conversations – myself, my staff and the players – and aim to be much better.”