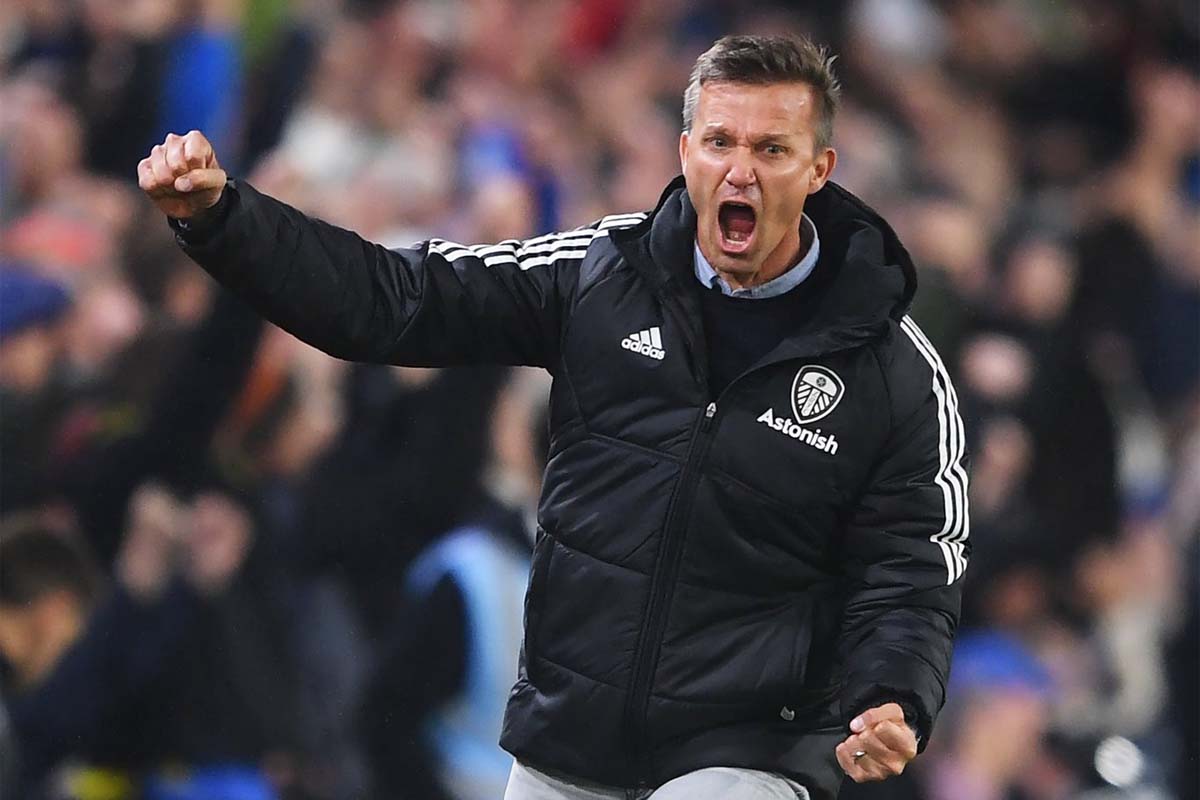 Leeds United boss Jesse Marsch celebrated on the pitch with his players as his team fought back from 3-1 down to secure an unbelievable 4-3 win at Elland Road. The Leeds players went off at half-time to a chorus of boos but it was a completely different atmosphere at the final whistle. “I feel as if we never have simple victories. We are just looking for consistency and it makes life easier for a manager instead of living on the edge of your emotions,” said Marsch, after seeing his team climb into mid-table with the American’s eighth win in 25 Premier League games since taking over in February.

Substitute Erling Haaland came off the bench to score a stoppage-time penalty to give 10-man Manchester City victory over Fulham at the Etihad Stadium. Joao Cancelo received his marching orders in the first half for bundling Harry Wilson off the ball, and it seemed that the match was heading for a 1-1 draw until Haaland intervened. The Norwegian thought he had headed in the winner moments earlier but was ruled offside, before Kevin de Bruyne was brought down in the box and Haaland fired home the decider.

Miguel Almirón was on the mark again as Newcastle United maintained their top-four aspirations with a convincing 4-1 win at Southampton. The Paraguay striker fired the Magpies ahead 10 minutes before the break for his seventh goal in as many league games. Almirón’s form is one of the main reasons Newcastle are mounting a challenge for Champions League football next season, while Manchester City boss Pep Guardiola even maintains they are among the title challengers.

Unai Emery made a dream start as Aston Villa manager with a deserved win over Manchester United at Villa Park. The hosts had not beaten United at home since 1995 and moved up to 13th in the table. “Maybe I was dreaming but today I am so happy. The atmosphere was amazing with the supporters. We have players with energy and good skills. We wanted to be united and disciplined and, with our game plan, we did it. It was a special day,” said the Spaniard.

Mo Salah scored twice to help Liverpool to a hard-fought win at Tottenham Hotspur and the Egyptian now has 11 goals in his last 12 games. Boss Jurgen Klopp was quick to praise his striker: “Even with our slow start Mo was involved in the most chances in Europe,” explained the German. “Either we didn’t take them or he didn’t take them and that can happen to a striker. It is a completely normal phase. Everyone knows when you look back at his career they will remember one of the best strikers they ever saw because his numbers will be absolutely insane. What pleased me most at Spurs was that he scored twice then played like a real, real team player.”

Bournemouth need to get their season back on track quickly after an alarming slump with a fourth successive defeat – this time losing at Leeds United. The Cherries became the first side in Premier League history to suffer back-to-back losses after holding a two-goal lead in both games. Interim boss Gary O’Neil’s men were eighth in the table in early October but are now just one point above the relegation zone, conceding 32 goals from 14 games in the process.

Chelsea striker and ex-Arsenal captain Pierre-Emerick Aubameyang failed to make an impact against his former club despite his pre-match message to the Gunners. Before the game Aubameyang took to social media to say: “Arsenal, nothing personal. I’m back, I’m blue, I`m ready. Let’s go.” The video angered some Arsenal fans and after ending up on the losing side he was subject to a cheeky reply from opposition defender Gabriel: “Nothing personal. London is red,” he posted.