The Castlewood Group Battle of the Reds

Masters Football put together two Masters teams for the much anticipated Castlewood group Battle of the Reds tour to Singapore. Both Liverpool and Man Utd Masters teams boasted some world class names including Robbie Fowler, Steve McManaman, Louis Saha and Ronny Johnsen. And with both squads evenly matched it promised to be a real exhibition of world class legends in what is still one of the biggest football rivalries in global football. The Castlewood Group Battle of the Reds Tour was also the first time these two magnificent clubs had played an 11-a side match anywhere in Asia!

A packed, 4-day itinerary including kids soccer clinics, a corporate golf day and meet and greet sessions gave locals lots of opportunities to mingle with their heroes all over Singapore. 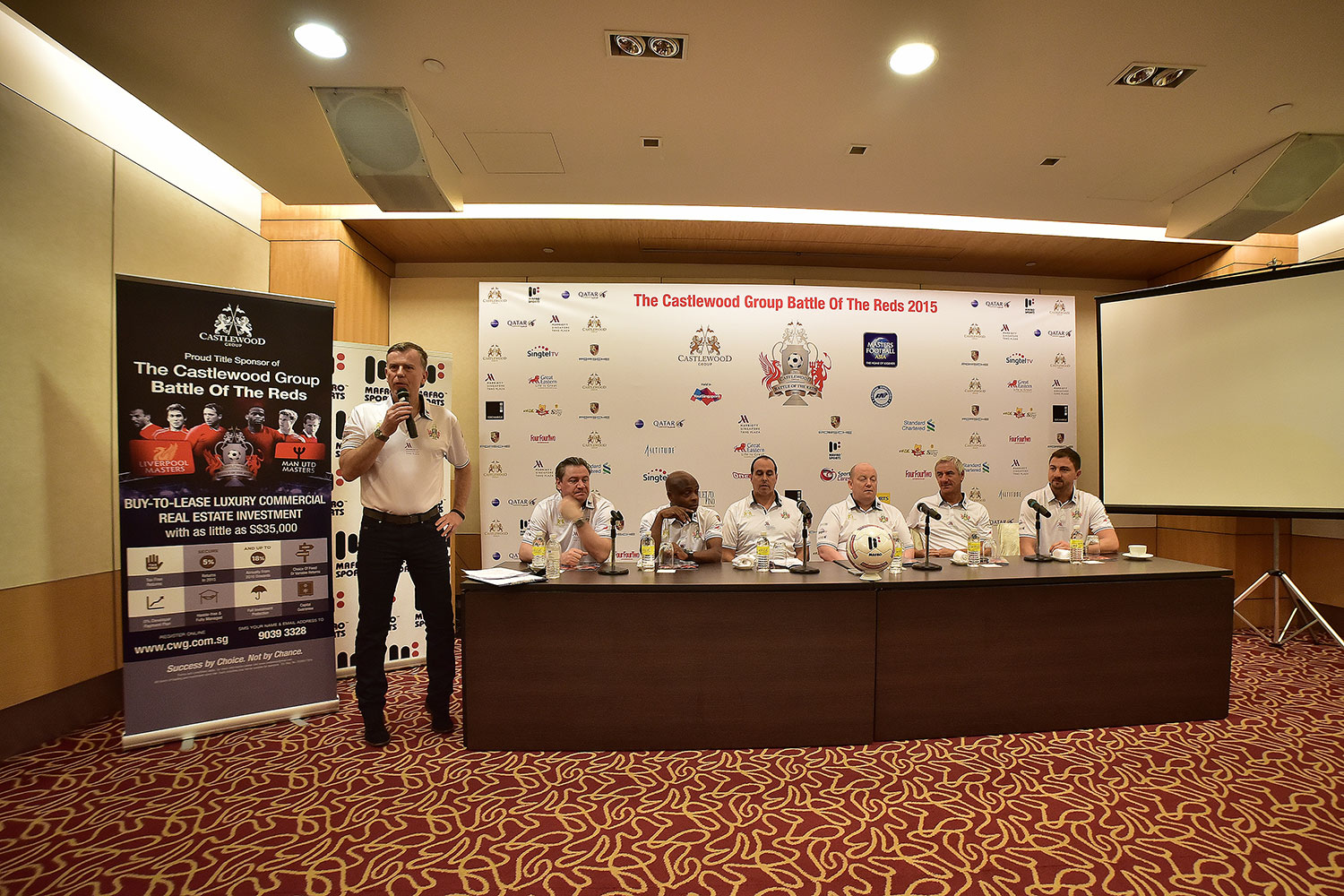 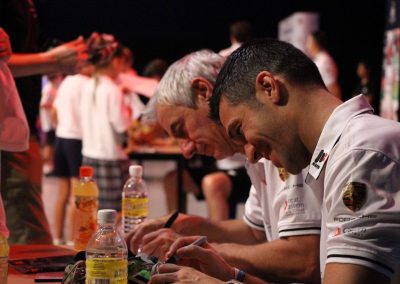 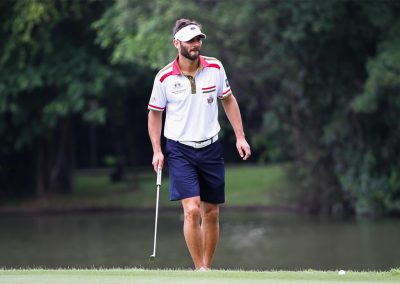 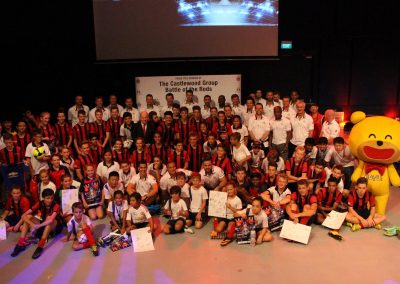 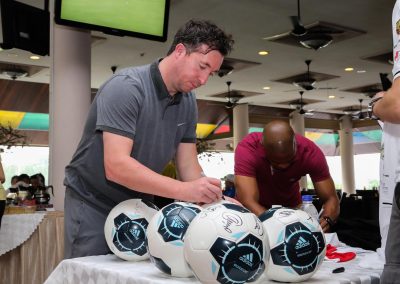 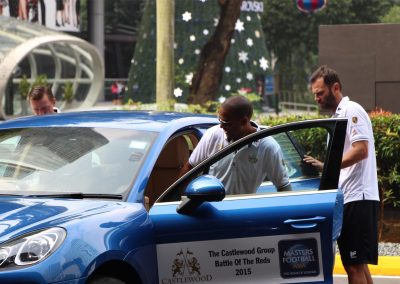 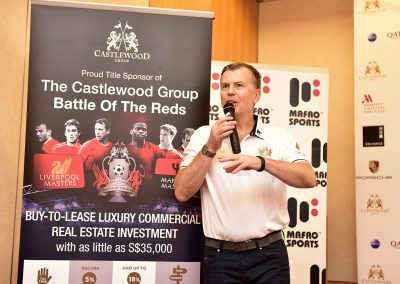 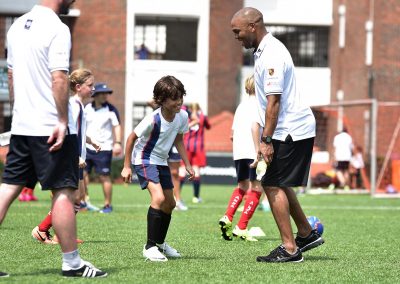 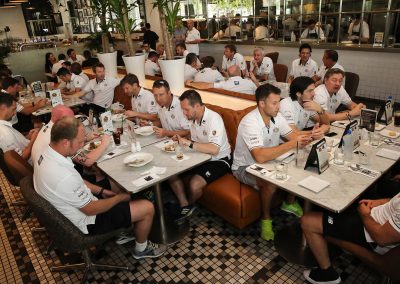 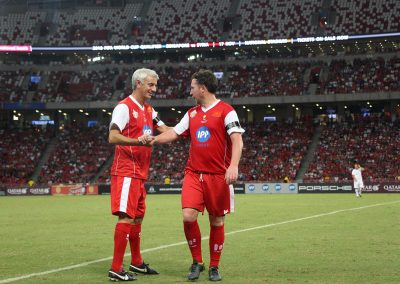 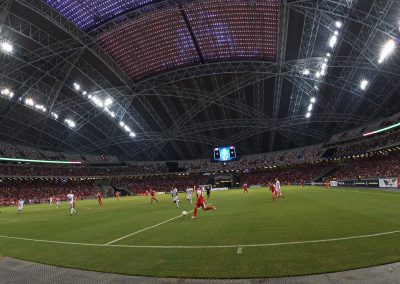 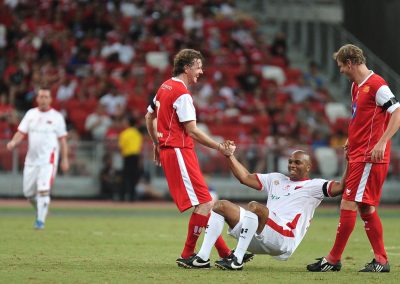 Considering this was the first time these two great British clubs had met in Asia for an 11-a-side game it was no surprise to see over 27,000 locals come out in full voice at The Singapore National Stadium.

The match started off on a sombre note, with a minute’s silence held in honour of the victims of the Paris terror attacks. All players also wore black armbands as a mark of respect. But once the game started, the stadium transformed into a cacophony of noise as supporters belted out hearty renditions of You’ll Never Walk Alone and Glory Glory Man Utd.

With every fan decked in their club’s respective shade of red, the local crowd created an atmosphere which season ticket holders in The Kop or the Stretford End would have been proud of!

The players themselves made noise on the field too. Spanish forward Luis Garcia opened the scoring for Liverpool after 20 minutes, sending a looping header in to the top corner of Nick Culkin’s goal following a great cross from full back Jan Kromkamp. And German midfield maestro Didi Hamann sealed the win late on with a trademark long-range pile driver.

It was clear to see that class is permanent as many of the legends rolled back the years with some slick passing, dynamic skill and the will to win against their arch rivals! Steve McManaman ran the game from midfield, regularly spraying cross-field passes perfectly to the feet of his teammates, while United legend Louis Saha showcased tricks and flicks reminiscent of the days when he was one of Europe’s most feared centre forwards.

At one stage the 37-year old hitman shimmied past four opponents only to see his effort deflected wide! The Red Devil’s best opportunity fell to Keith Gillespie who saw his volley acrobatically saved by charismatic Pole Jerzy Dudek. 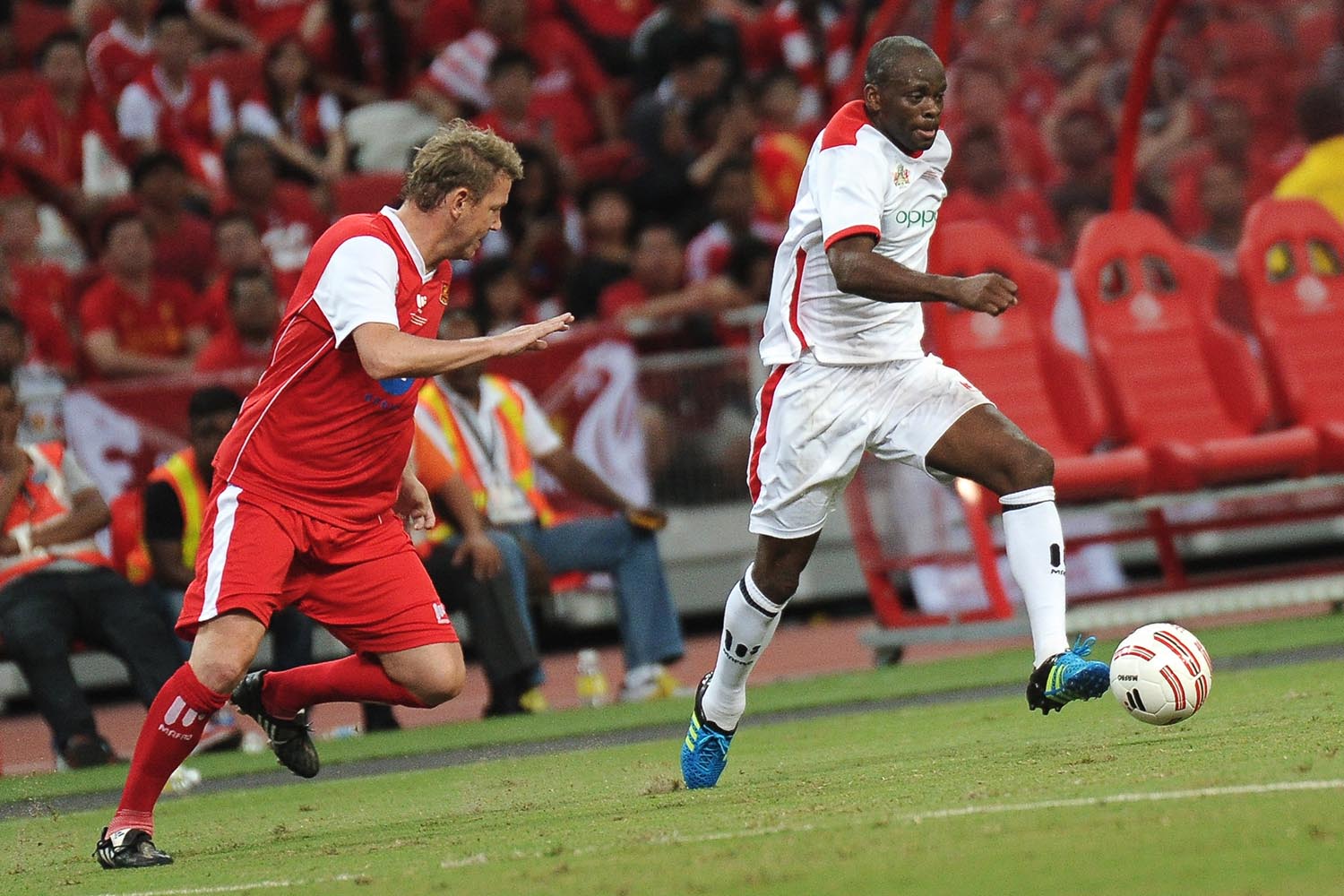 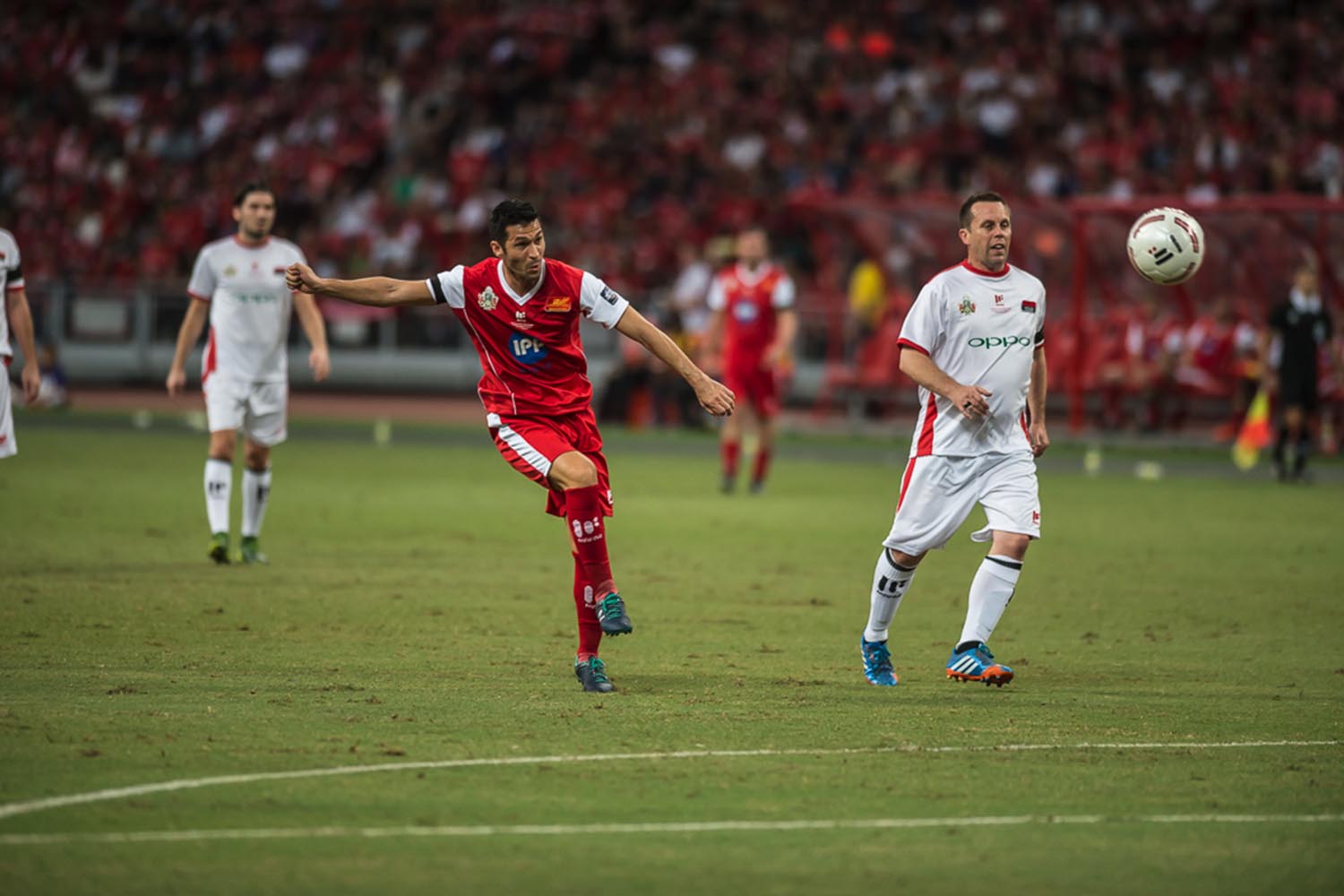 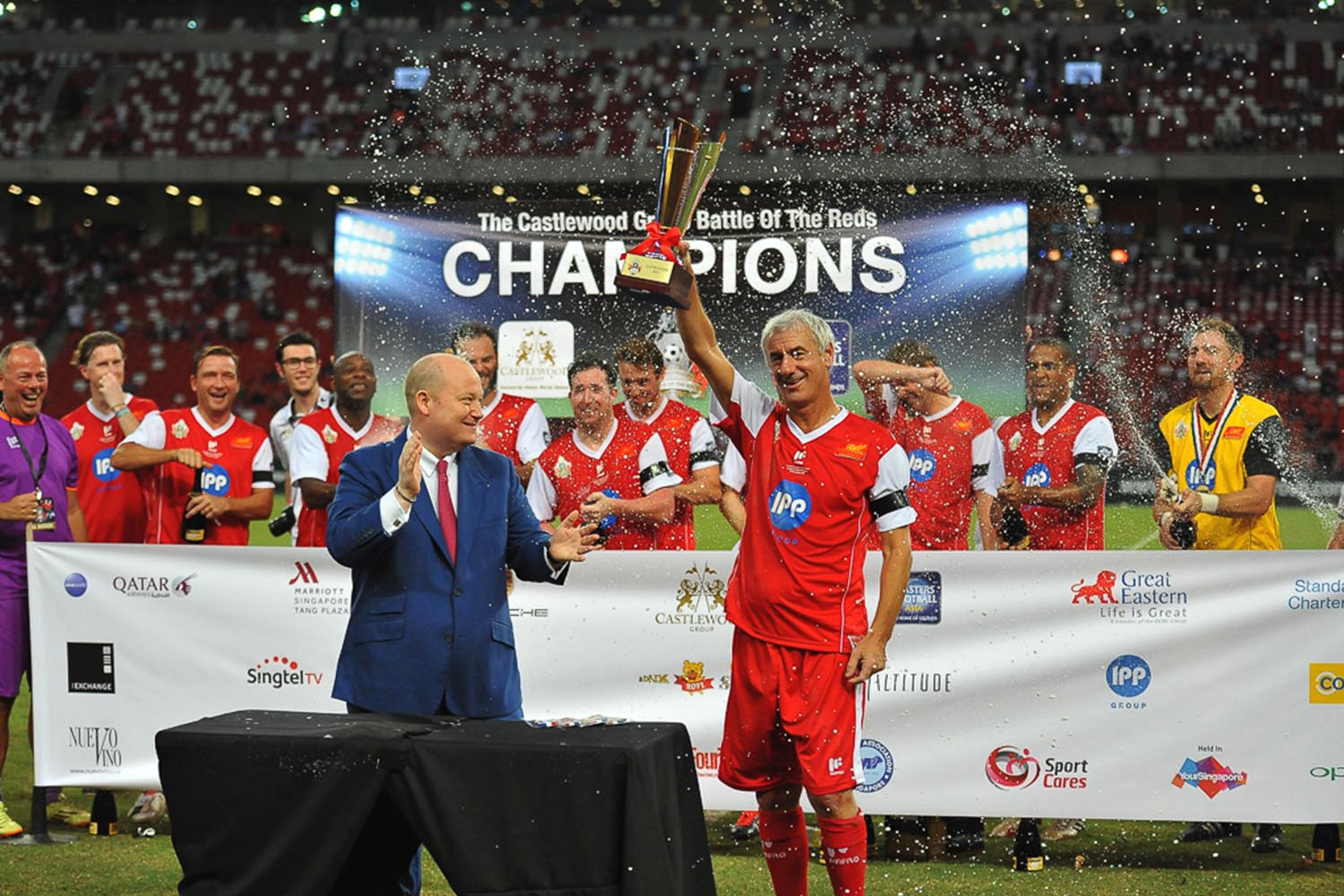