The EPL All Star Masters Football Tour of China and Hong Kong took place from the 8th to 16th October 2015, with four days in Guangzhou and four days in Hong Kong. Masters Football put together an EPL All Star squad to play two football exhibition matches. The games were organised to commemorate Hong Kong’s football king’, Wu Kwok-hung. The multi-stop tour kicked off just days before President Xi Jinping’s visit to the UK and had Sky Kids as the title sponsor.

The tour featured world class names like Paul Scholes, Emmanuel Petit, Robert Pires, Ian Rush and Luis Garcia to form what was one of the greatest Masters squads ever assembled. 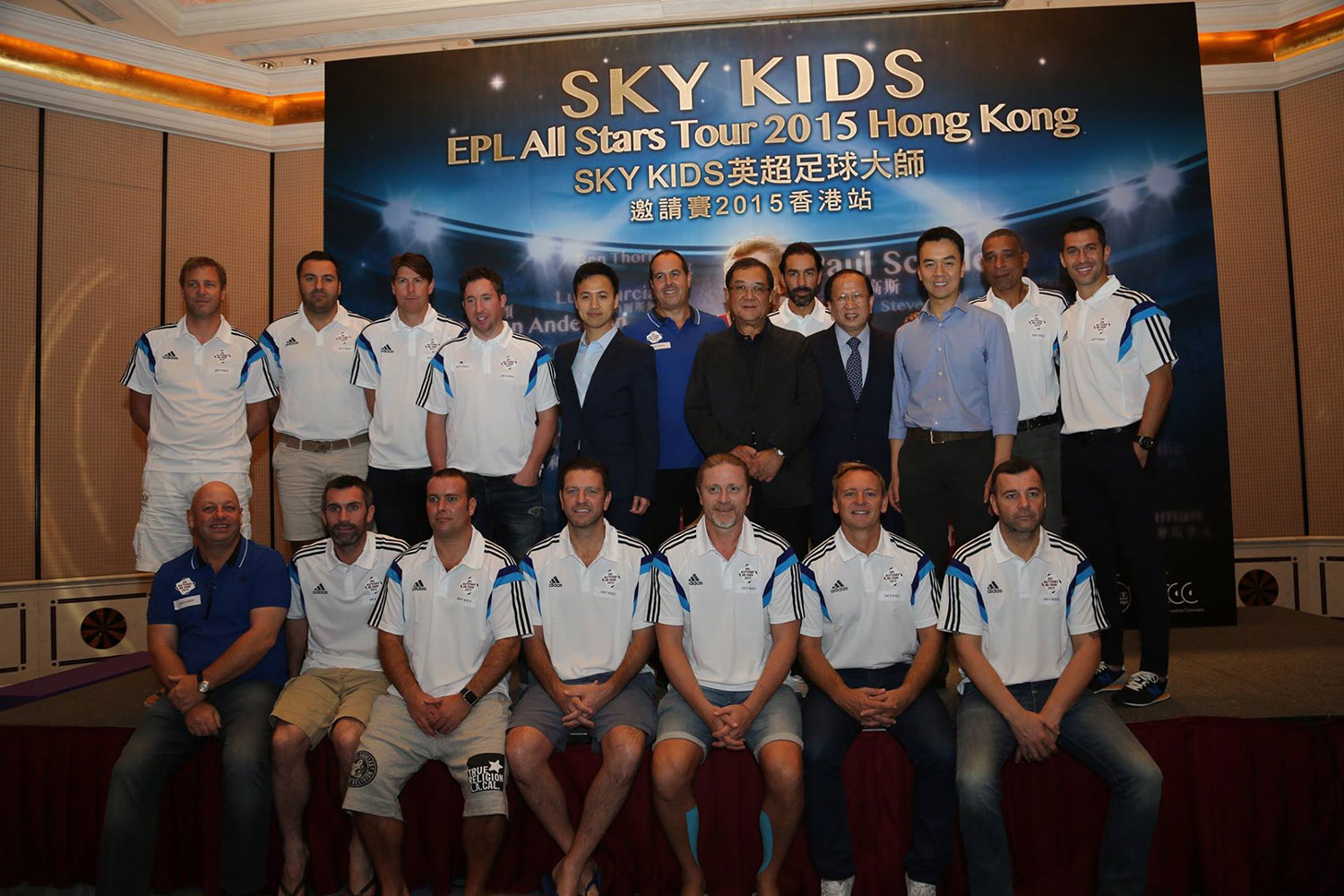 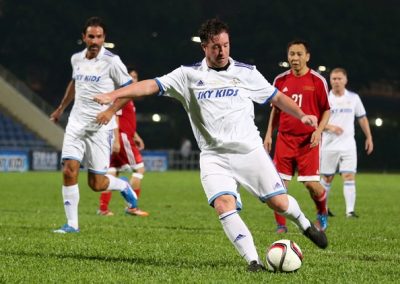 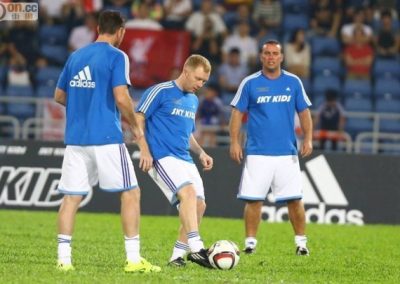 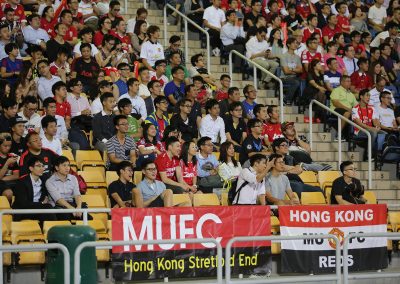 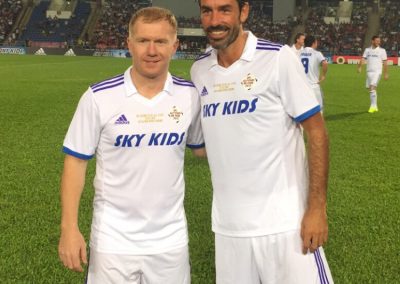 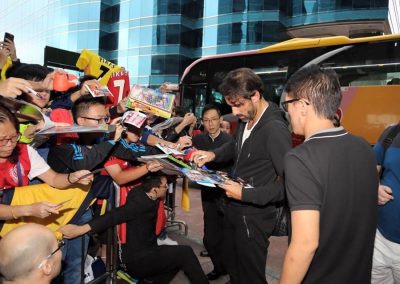 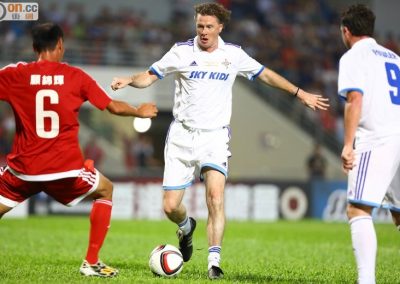 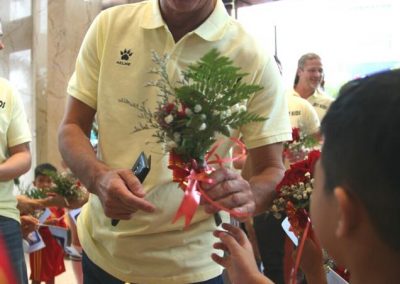 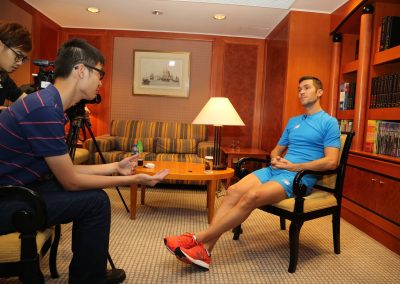 Following last week’s 5-1 victory against Guandog Invitation XI, the EPL All Star Masters had clearly dusted off any cob-webs and were in terrific form ahead of their clash against the Hong Kong Masters. Siu Sai Wan stadium was filled with diehard football fans desperate to see the EPL All Star Masters put on a show against their local Hong Kong Masters! There was one name on everybody’s lips and Paul Scholes was in no mood to let his Hong Kong fans down!

Littered with superstars throughout their team, the EPL Masters bossed the early stages, with Paul Scholes and Steve Mcmanaman dictating the pace of the game from central midfield.

Pires scored the first goal in the 10th minute after a beautifully weighted reverse pass from Luis Garcia, the Arsenal legend timed his run to perfection before slotting the ball in the corner to get his team off to the perfect start!

Tottenham legend Darren Anderton scored the second in the 16th minute, making the most of some modest defending by the Hong Kong Masters. Pires grabbed his second goal of the game in the 18th minute following some good work down the left flank by Steve Harkness and Luis Garcia.

The moment of the match was no doubt in the 26th minute. Some intricate passing by the EPL Masters was capped off when Luis Garcia teed up Paul Scholes whose rasping drive from 35 yards nestled in the corner leaving the goalkeeper with no chance! The crowd went wild and it was clear for everyone to see that Scholes could still be playing at the very top level!

Hong Kong Legends’ Tam Siu-wai and Wong Fuk-wing tried their best to pull the team back. However, Robbie Fowler rolled back the years with a delightful curling free kick into the top right corner to leave the half time score 5-2 to the EPL All Star Masters.

The Hong Kong Masters fought back really well in the second half, displaying their clear edge on fitness ahead of the EPL Masters — Siu-Wai scored a great free kick into the top left corner, leaving Sasa Ilic with no chance — before securing a penalty late in the second half to end the game 5-4 to the EPL All Star Masters.

After the match, players exchanged pleasantries before Sasa Ilic lead his team to lift the trophy! 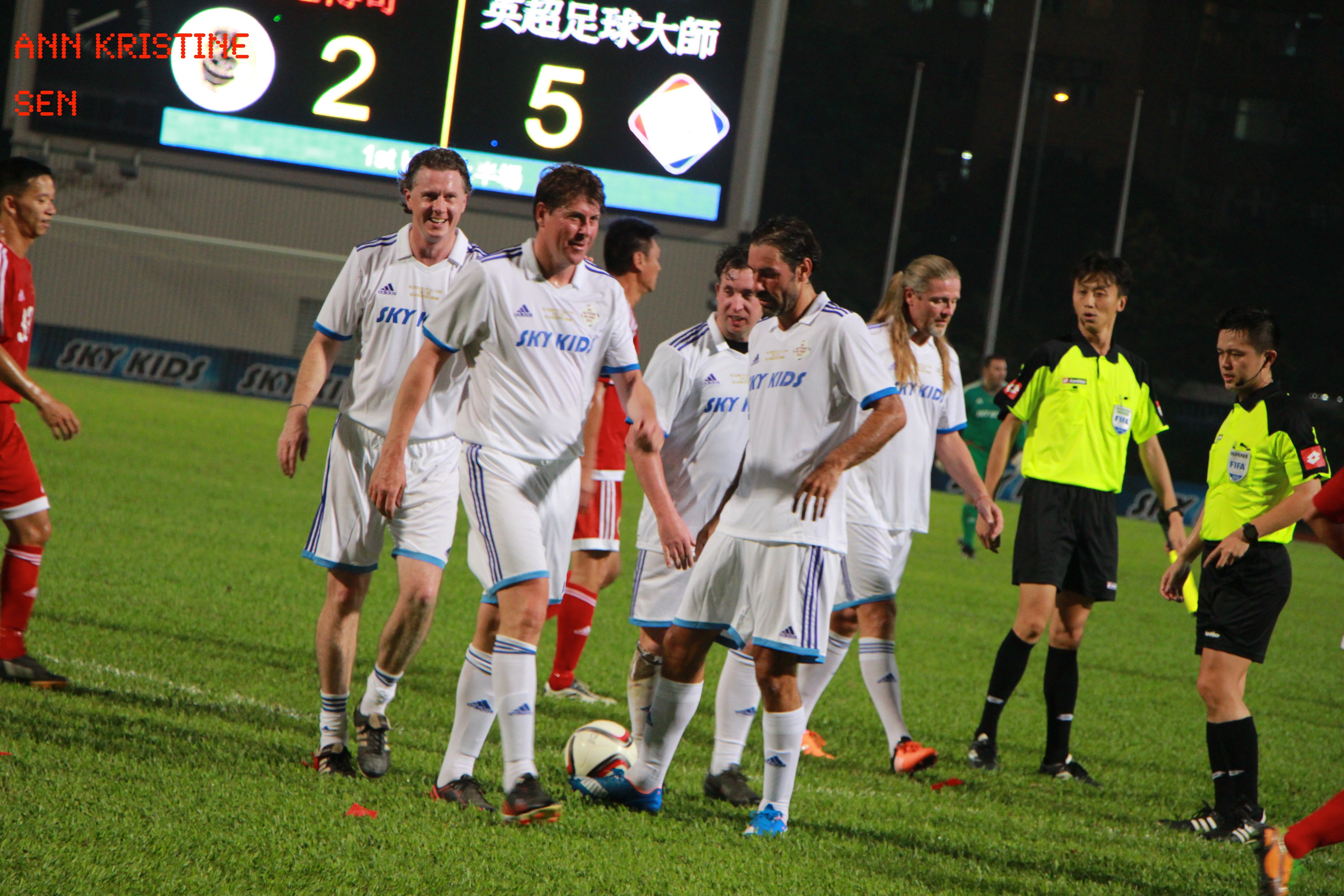 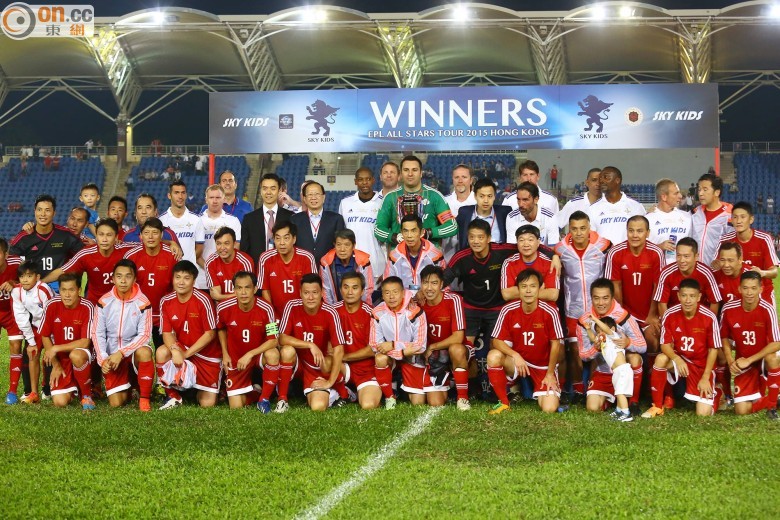