The England Masters Tour of Hong Kong followed 2015’s EPL All Stars Tour to China and Hong Kong and gave local fans another chance to see some of the biggest names of the English game. Featuring stars like David James, Emile Heskey, Steve McManaman and Teddy Sheringham, the exhibition match on 15 November pitched the England Masters against against a squad of Hong Kong FC Masters.

Community and sponsors’ events supporting the exhibition match included a soccer camp at King George V school, a cocktail party with Standard Chartered Bank and a private lunch with VIPs from Qatar Airways as well as public appearances and meet and greet sessions with the England legends. 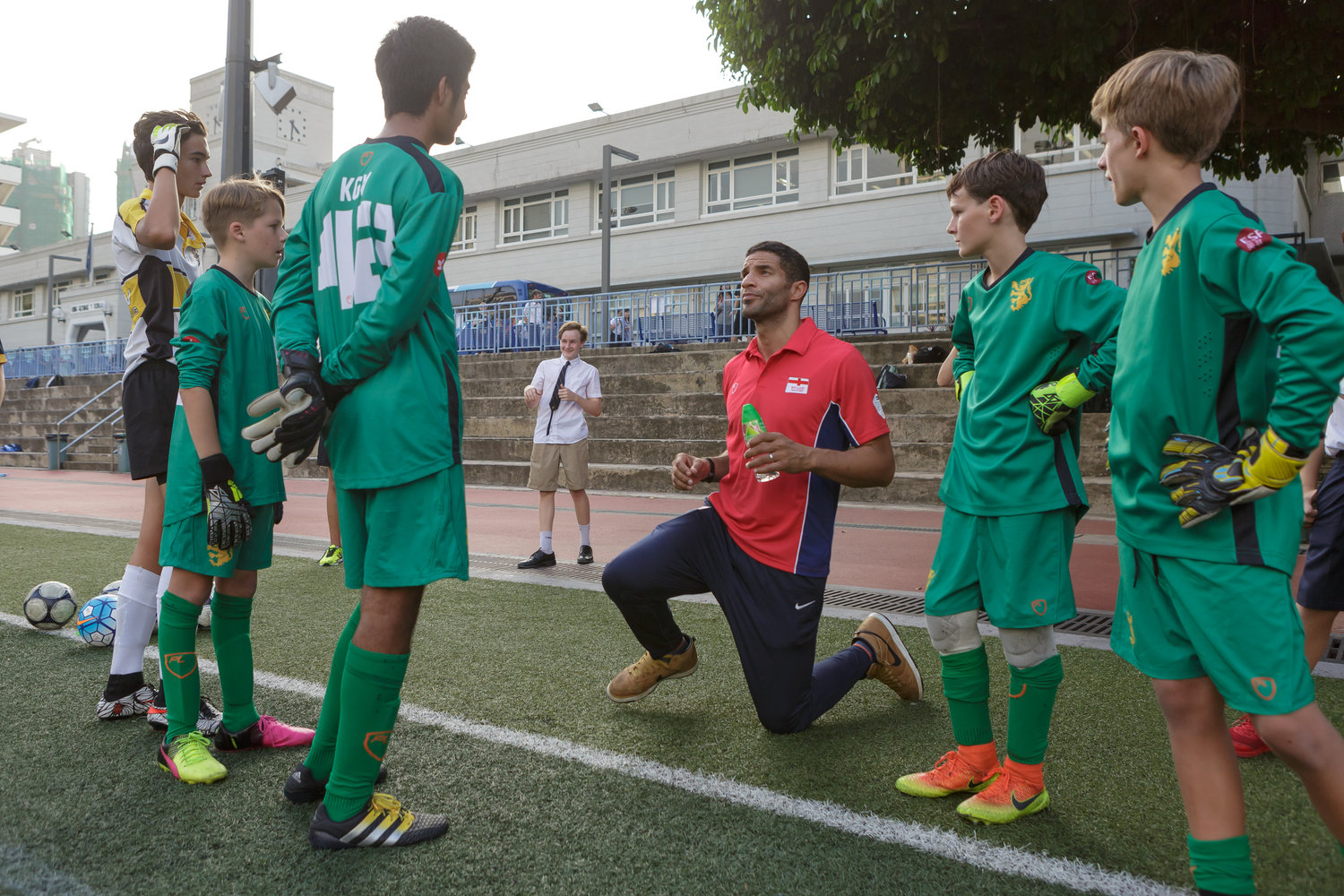 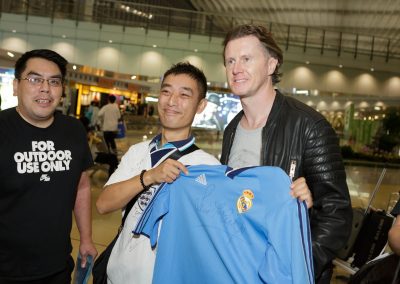 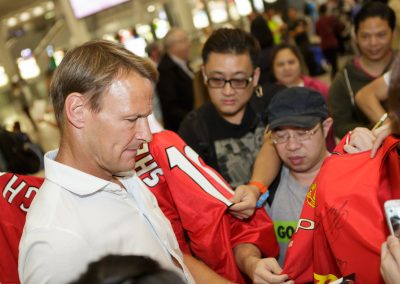 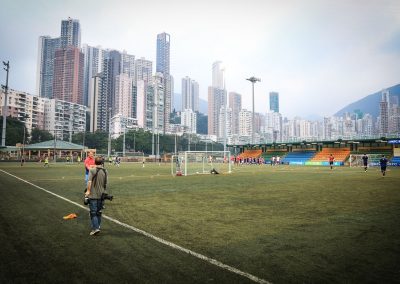 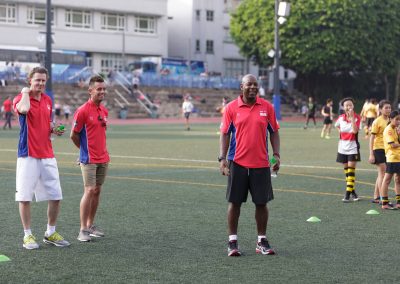 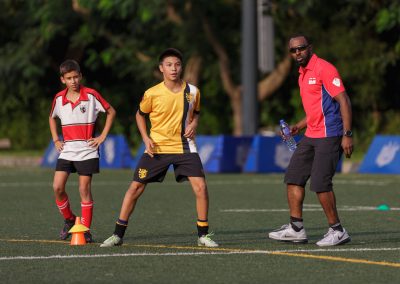 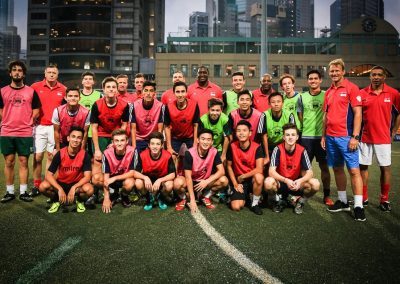 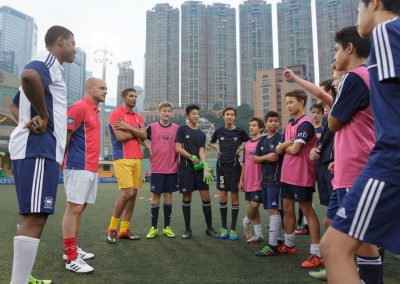 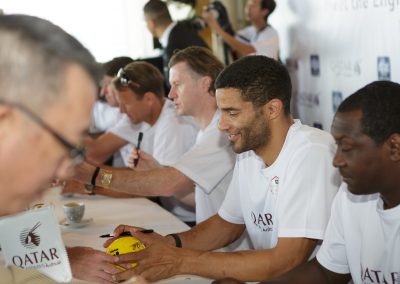 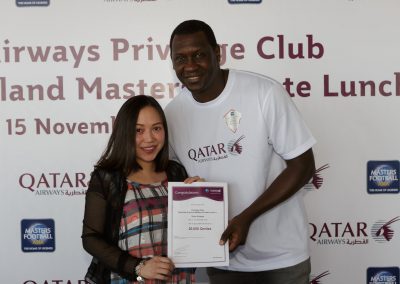 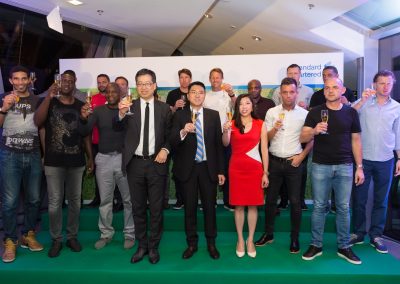 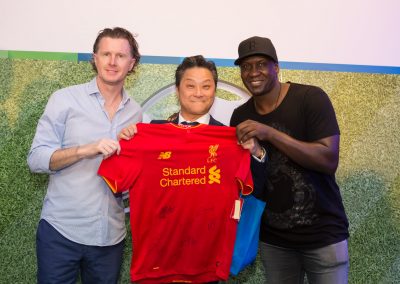 With so many high class Premier League names on show for the England Masters Tour of Hong Kong 2016, the HKFC Masters were clearly in for the game of their lives – and that’s exactly how the home side started.

Flying out the blocks and pressing the England team all over the field, the England Masters quickly realised they were in for a proper game.

Whilst HKFC enjoyed lots of possession, they struggled to carve open many opportunities. England found their stride after twenty minutes of the game when smart work from Danny Murphy and man of the match Steve McManaman opened up the HKFC defence for Darius Vassell to miss a guilt-edged opportunity from 6 yards out.

Soon after, Emile Heskey forced a great save out of the goalkeeper, leaping to direct Darren Anderton’s cross into the top corner, but the HKFC keeper was equal to it.

England dictated the rest of the half but couldn’t find the back of the net as HKFC displayed great resolve and togetherness to keep the score 0-0 at the break.

Similar to the first half, HKFC came out for the second half all guns blazing and forced a superb save out of David James who dived to his right to tip a rasping drive from the edge of the box round the post to preserve his clean sheet.

England took the lead after 60 minutes as Luke Young went on a run down the right flank and cut the ball inside to Danny Murphy. The former Fulham captain dropped his shoulder and rolled a delightful ball with the outside of his foot through to Jason White who kept his composure and squeezed the ball past the keeper

As the game went on HKFC pushed forward looking for an equaliser but a perfectly timed tackle from captain Des Walker late on meant England held on to their 1-0 victory. 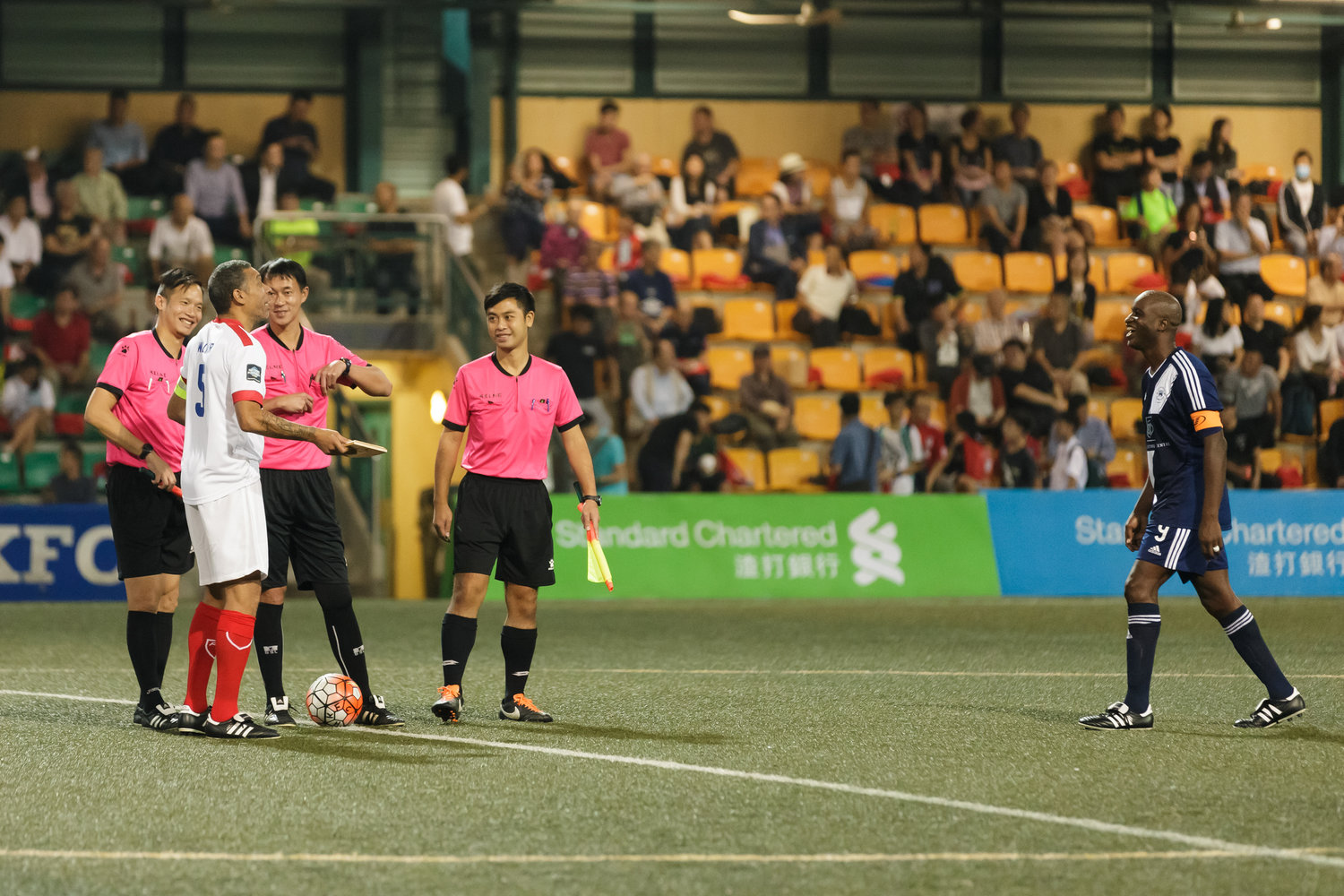 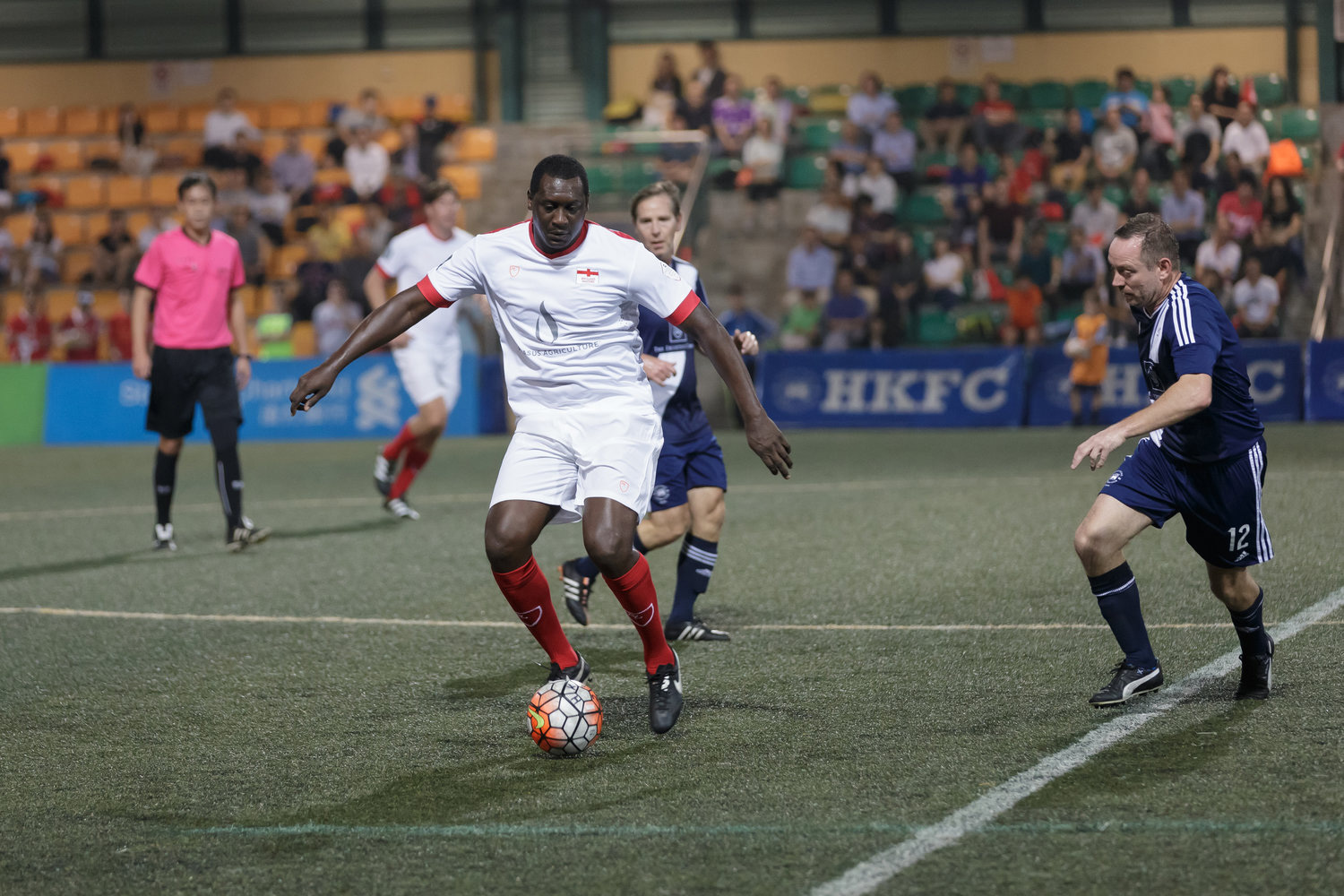 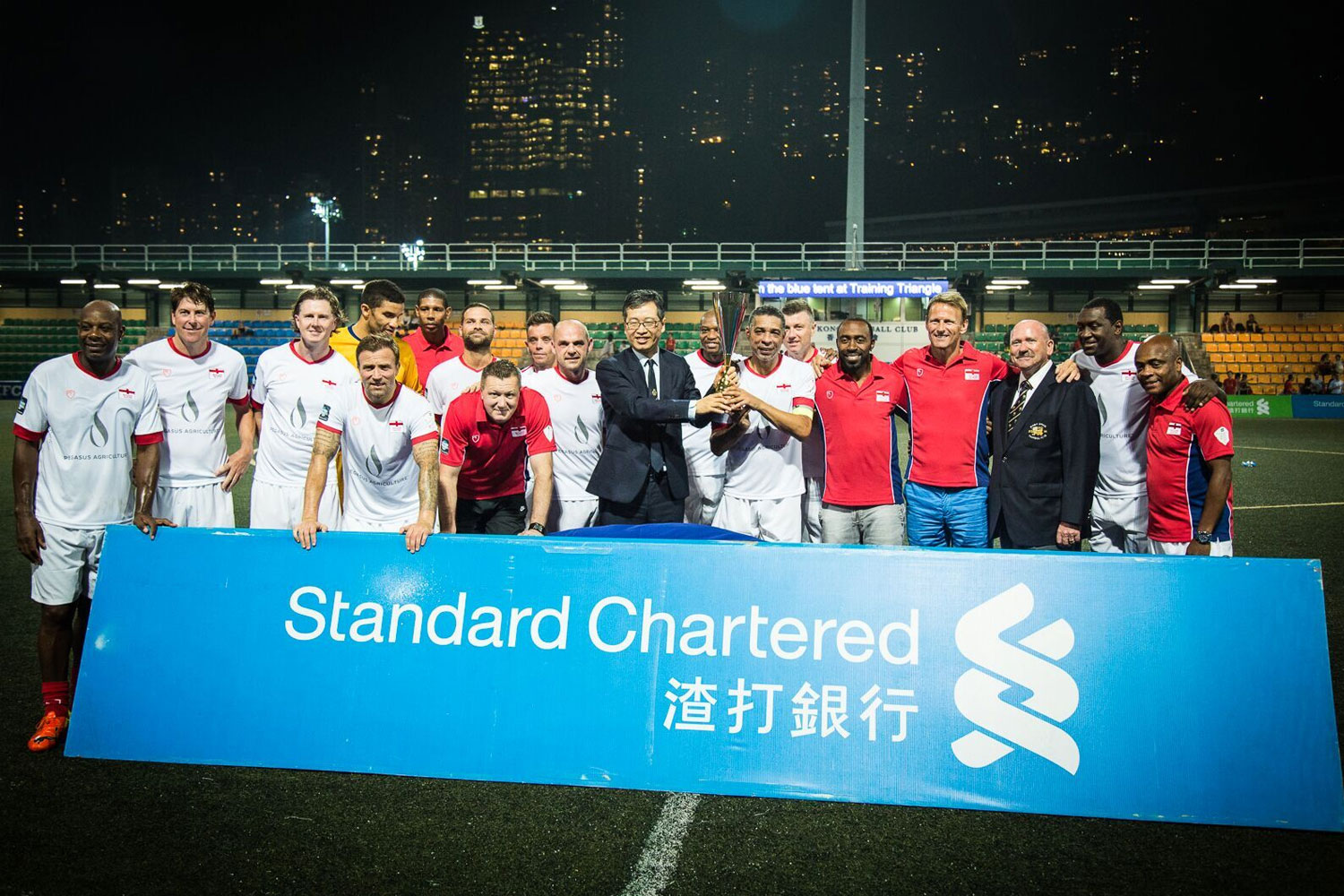