50 years on from the epic encounter at Wembley in World Cup ’66, Masters Football Asia brought together legends from England and Germany for the Battle of Europe 2016. Boasting some world class names – including World Cup, Champions League and Ballon d’Or winners – it promised to be a real exhibition for the locals to enjoy, in what is still one of the biggest rivalries in international football!

The 4-day itinerary in Singapore included kids soccer camps and visits to local schools as well as autograph sessions, corporate dinners, meet and greets, and a spectacular welcome party for the legends and sponsors. 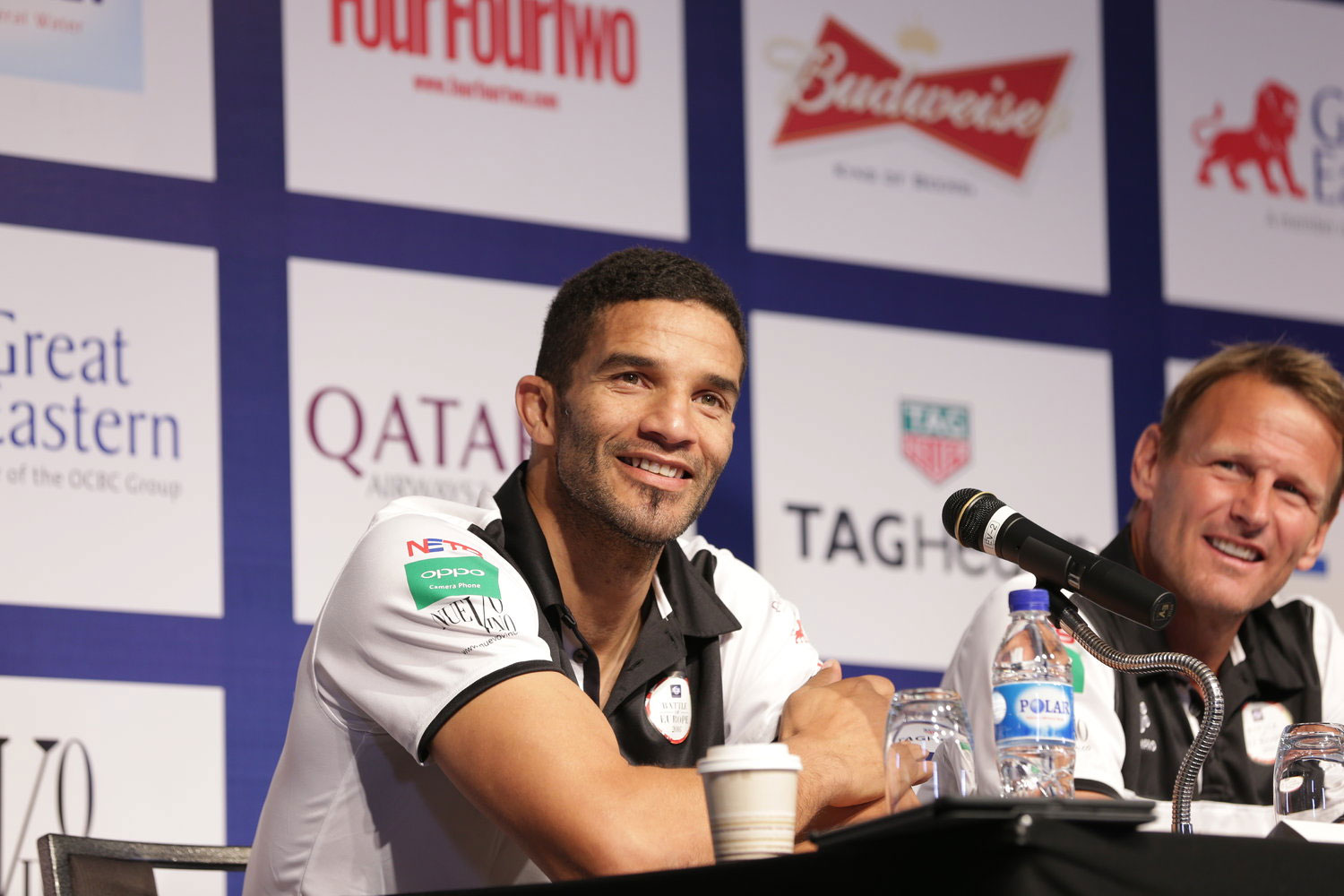 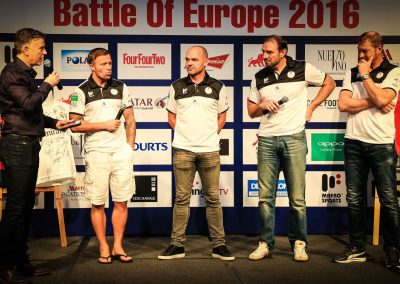 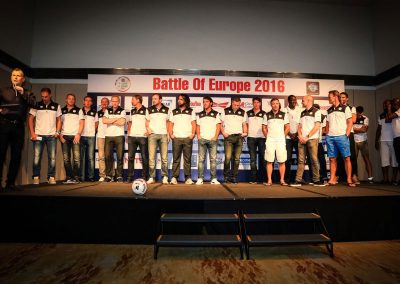 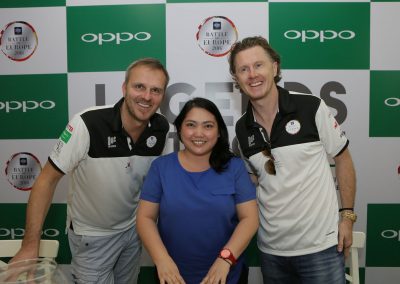 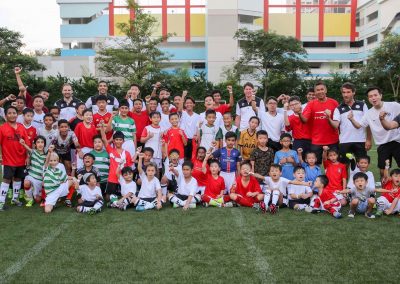 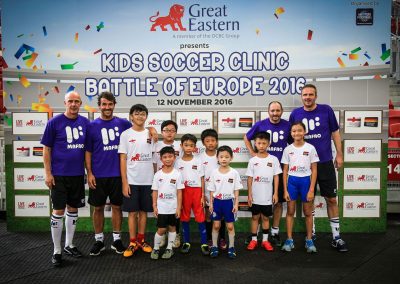 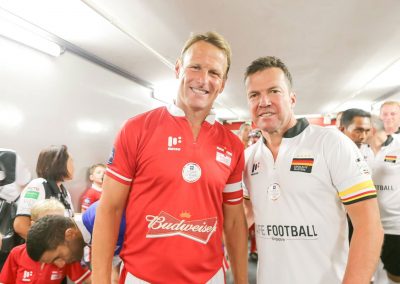 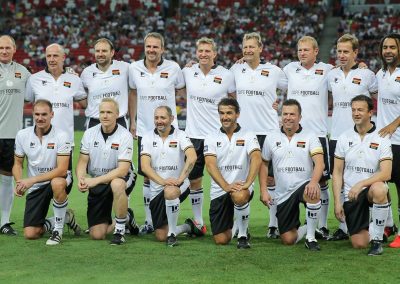 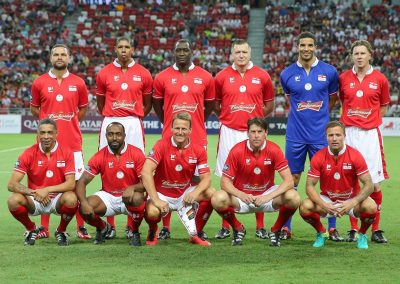 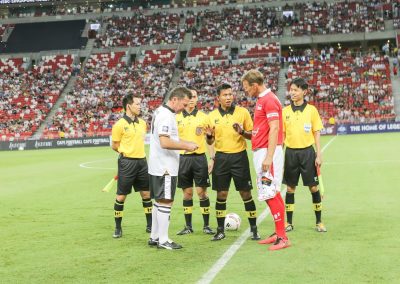 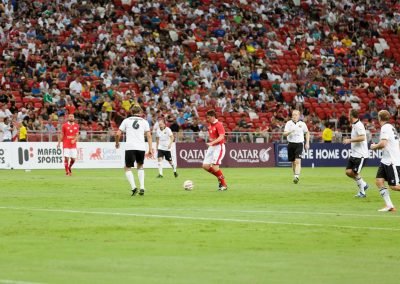 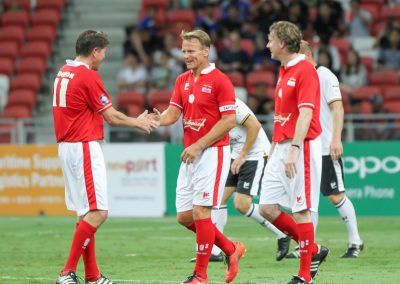 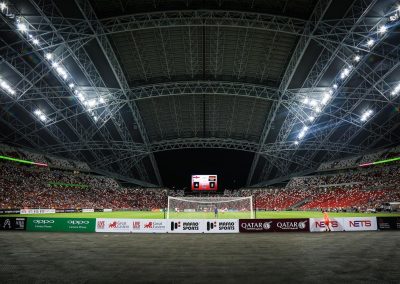 The two sides played out an 80-minute match, with Die Mannschaft greats Lothar Matthäus, Guido Buchwald and Dietmar Hamann all starting in the German XI. The English Masters came flying out the traps and started the game with much more intensity and got their rewards after only two minutes when Sheringham picked out his former Spurs team mate Darren Anderton’s late run in to the area, who was able to guide the ball past Brautigam with a brave header to give England a 1-0 lead.

The early goal clearly dusted down any cobwebs the German Masters may have had, and they quickly realised they had a real battle on their hands. Responding well to the goal, the German’s controlled large parts of the first half with lots of possession and pushed David James into two fantastic saves, one from a Karl-Heinz Riedle header and the other an outstretched arm tipping over a Carsten Ramelow piledriver from all of 30 yards.

England then struck on the counter after 25 minutes when an Emile Heskey flick found Teddy Sheringham on the edge of the area who rolled back the years with a silky first touch and side-footed finish into the top corner giving England a 2-0 lead.

Minutes later Germany struck back as Zickler found Fredi Bobic with a perfectly weighted through ball before the talisman beat David James with a delightful finish with the outside of his boot. The sides went into the break with England leading 2-1.

The second half started with the Germans on top, sloppy defending letting Zickler in again who squared the ball for Fredi Bobic to score his and Germany’s second goal of the game.

Both sides had chances and Perry Brautigam pulled off an incredible save from a Vassell volley to keep the game at 2-2 before a last ditch tackle from Des Walker denied Oliver Neuville who found himself through on goal after a perfect pass from Didi Hamann.

In the 54th minute, England got their reward when man of the match Steve McManaman’s perfectly weighted lay off found Teddy Sheringham on the edge of the area who stroked home his second of the game and gave England a 3-2 lead.

As Germany pushed forward searching for an equaliser they were leaving more and more gaps at the back, and with only a few minutes left on the clock Lee Hendrie collected the ball on the edge of the area and drilled in a low cross to Emile Heskey who buried England’s fourth and made sure the score was a repeat of the 1966 World Cup Final! 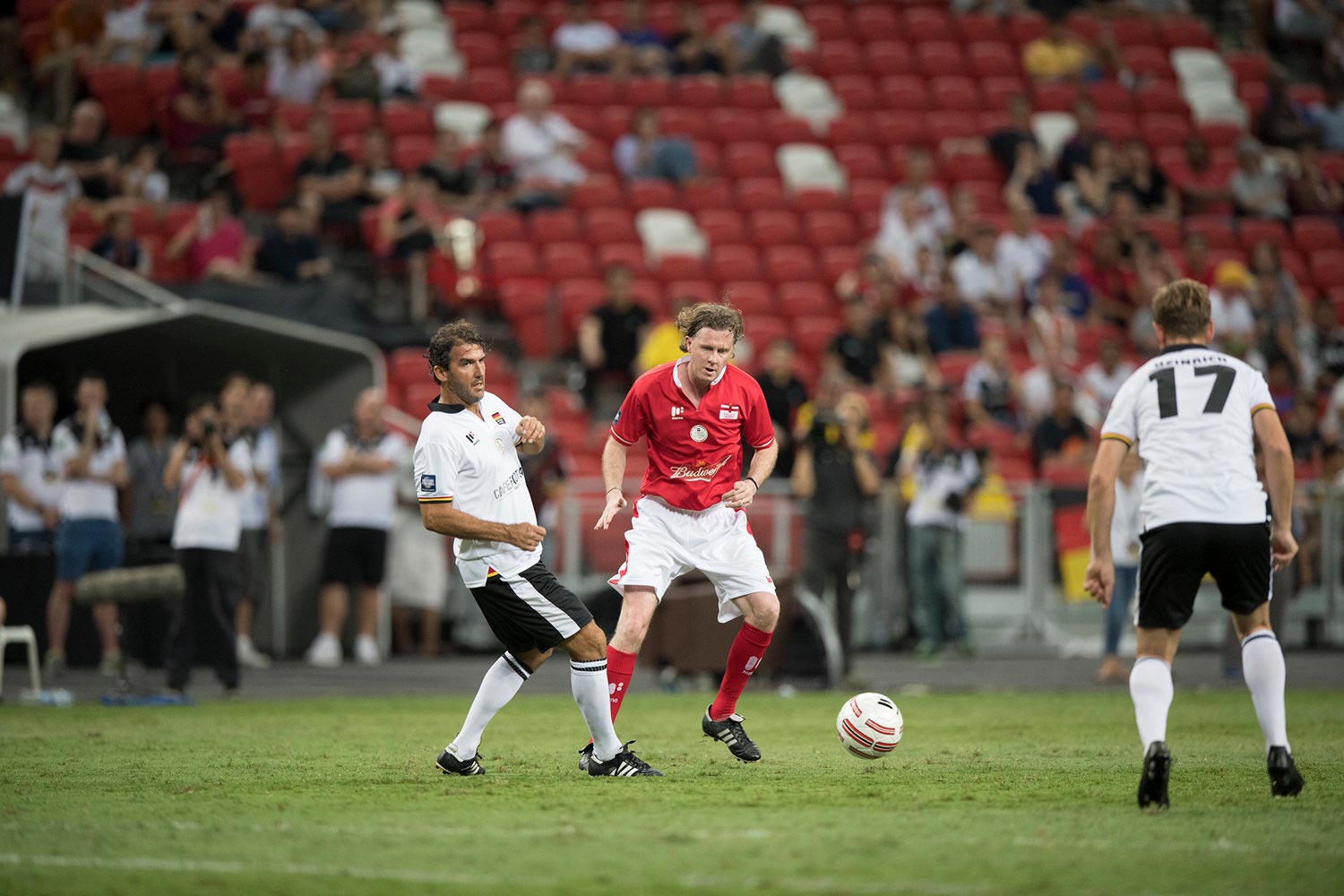 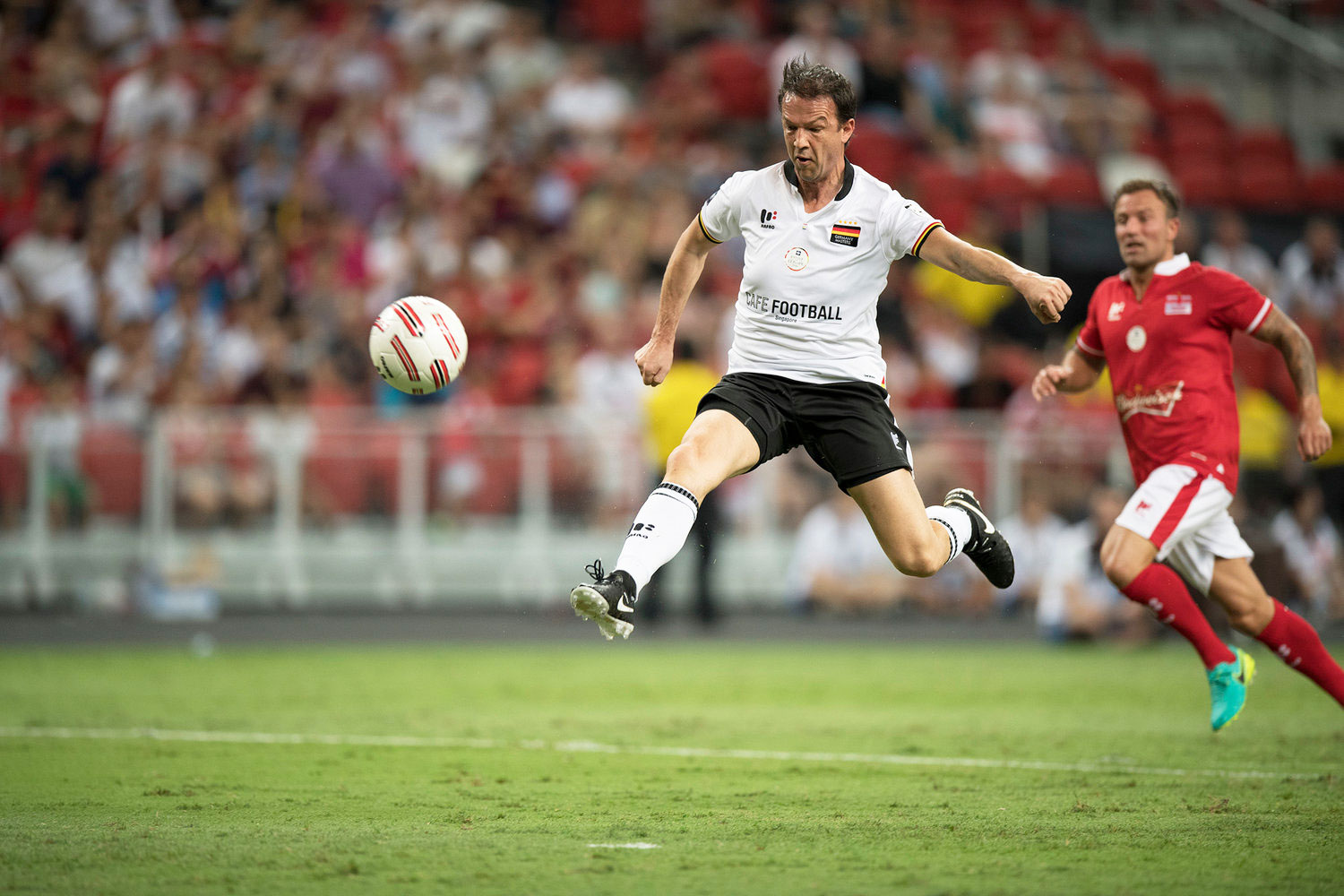 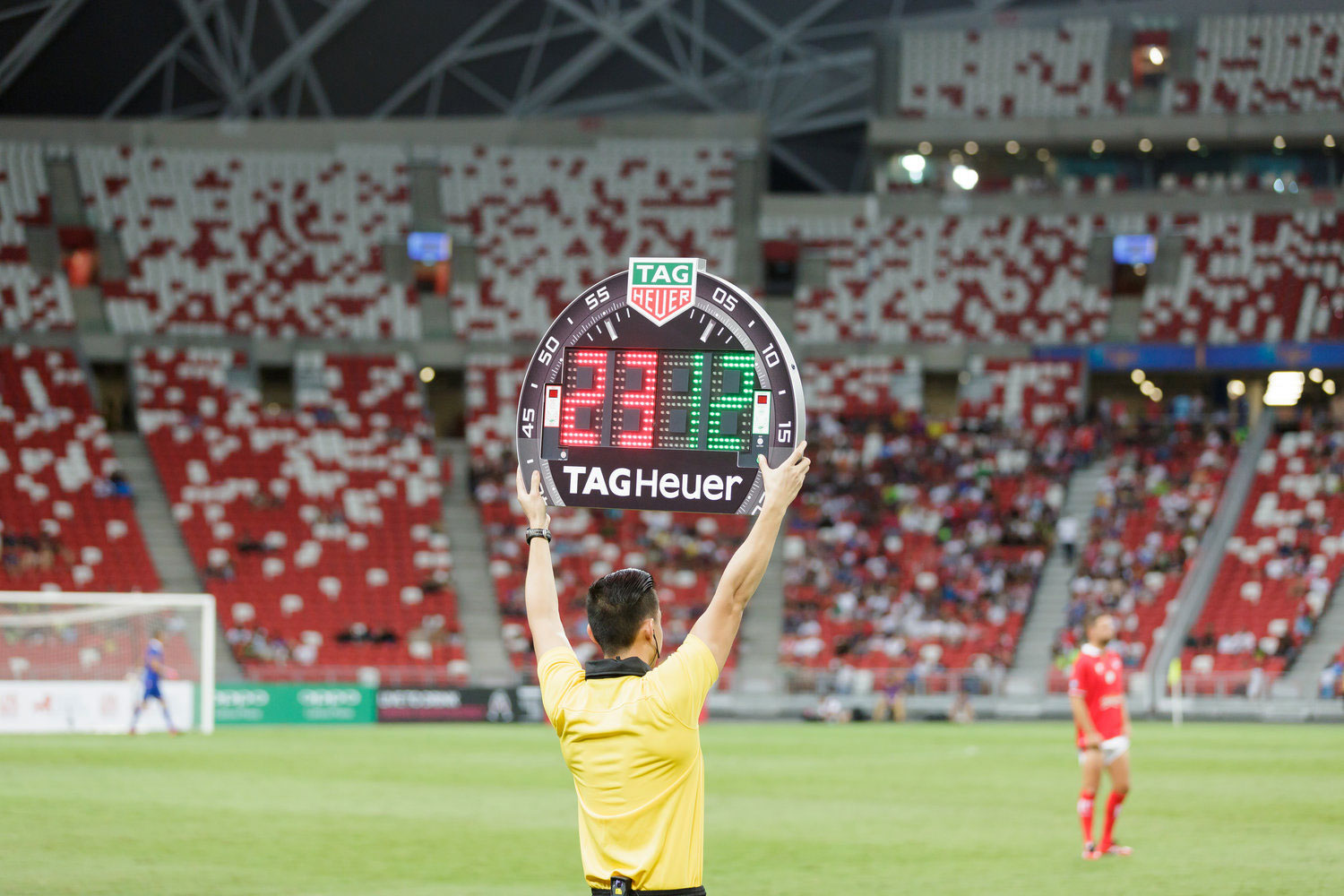 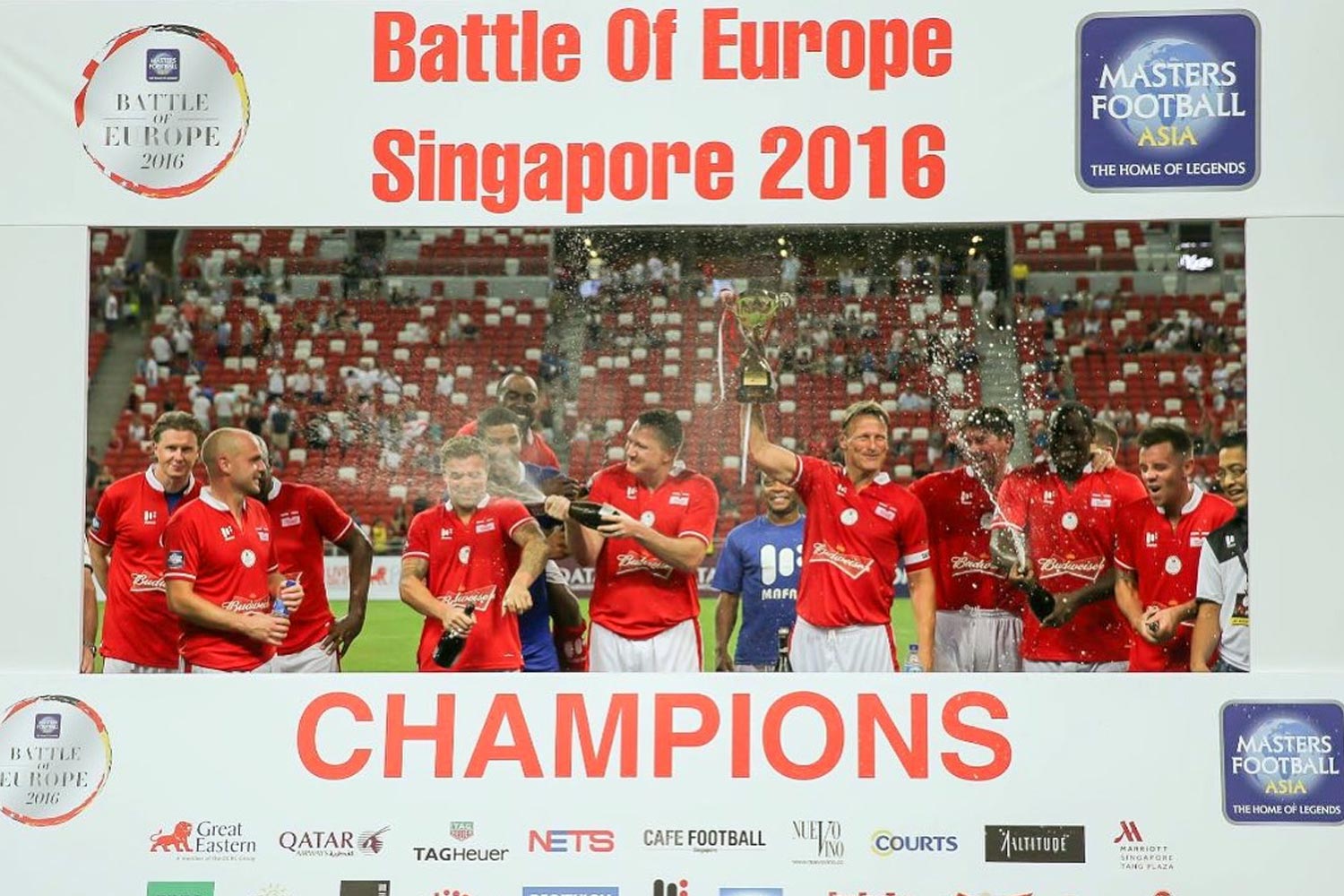